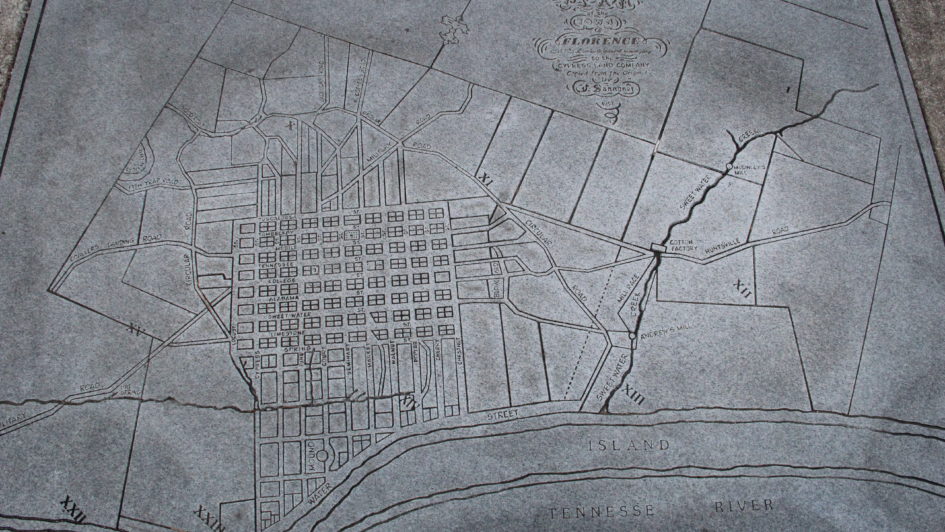 Earliest evidence of habitation of the region now called Florence and Lauderdale County Alabama in northwest Alabama is from archaeological sites dating from the Woodland Period, approximately 2,000 years ago.  Native lands were ceded to the United State government.  The Alabama Territory was created from a portion of the Mississippi Territory in 1817. The City of Florence is incorporated on March 12, 1818 and the Code of Ordinance and the charter were created to define the organizational structure. The Cypress Land Company is liquidated in 1825.

The charter names the Mayor and Alderman structure, boundaries are define and rules of election and re-election are established, the authority and responsibility to report to the citizens in 1826 at the time of incorporation.

In early 1828, a fire destroyed all of the paperwork belonging to the Cypress Land Company among other properties. Justice John A. McKinley first served as a member of the U.S. Senate (1826-1830), and was appointed to the U.S. Supreme Court in 1837 by President Van Buren, becoming the first justice from Alabama.  McKinley has been elected to the Florence City Walk of Honor.

Governor from Florence/Lauderdale County from 1826-1849: